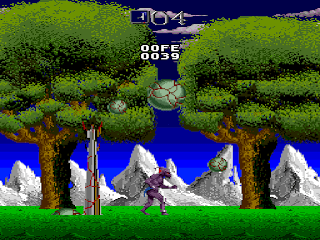 I've managed to convert the old devkit Beast.BX file into a real BEAST.PCE file! The only reason I was able to do this easily was because years ago when I was doing SotB(Shadow of the Beast) I hated the offical debugger so much, I wrote my own! If you want to see what I was dealing with, drop down into a command prompt and type DEBUG. This is what the offical devkit was like - terrible! So I spent a couple of months after work hacking the debugger and working out how it talked to the ICE unit, then I wrote my own. The first thing I did of course was to upload the assembled .BX files, and to do that I had to reverse engineer the format of that as well as the symbol file.

Of course back then I was having so much fun doing this I stayed at the office and worked late into the night. It took a couple of weeks to get to a usable point, and around 3 months to actually get to a finished state, but it was a vast improvement. I remember being pissed off at Dave though as he refused to try and sell it back to NEC, even though they would have been sure to take it. It was party because I wanted something out of it, and becasue it was going to be more compilcated than just sell and forget, he couldn't be bothered.

However, it was good fun and taught me a lot, particually the expression evaluation stuff that Brian Watson wrote for me. I had a really simple one it, and it wasn't recursive. So he knocked a proper one up for me, and I've been using that method ever since. 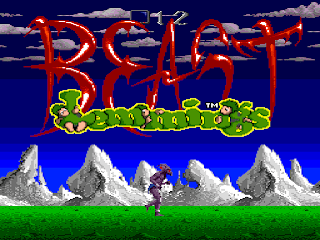 Its also funny to see the cheat mode is still in there, but unlike the final game, this one displays the Lemming's logo! No idea why that was removed, I was probably told to - but its pretty funny seeing it pop up. For those that don't know, on the title page of SotB, you can press Fire1,Fire2,Fire2,Fire1 and the number of lives go to 99. And your into cheat mode. Easy as that!

This demo is only the top level, and the first multi-directional level, theres no castle yet and all the graphics are Amiga ones with the exception of the trees (which do look a little pants). After seeing this Psygnosis weren't happy with the look of it at all and so drafted in Martyn Chudley (who went on to own Bizzar Creations) who drew all the cool backgrounds and sprites. He was actually busy on his own game at Psygnosis at the time Wiz 'n Liz on the Megadrive, which I almost ported to the SNES funnily enough.

I have to say this is interesting...but dull really. It's an interesting snapshot of development, but the game still sucks and its only a partial game with just 2 levels. But its funny seeing it never the less.
Posted by Mike at 1:56 pm

Mmmm...I'll think about it, not too sure as its not very pretty and it doesn't "go" anywhere - you can't even exit via the Well....

It doesn't matter how incomplete it is, us Turbo nerds will drool over anything like this! :)

I don't suppose you know who did the CD audio music to the TG16 version of Beast??

There was some talk that it was done by Tim Cold-Storage Wright but he doesn't remember it.

No idea... I thought it was David Whittaker at the time, but that might have just been a credit to the original author. I also remember the D.C. productions on the credits somewhere so...

Look it up on wiki...they are from the same artist.