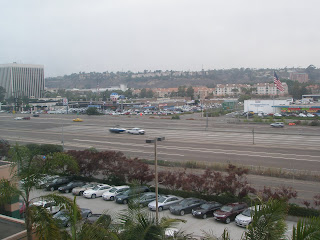 We've arrived after a fairly long trip of 15 hours, but we here safe and sound. Hotel seems nice, and we're not too far away from anything so could be fun! Trip was pretty good (as much as it could be!), the plane was reasonably empty so we had space to sreach out and the seats were actually far enough away for me to open the laptop!

Which brings me to XeO3. I managed to get the weapon upgrade more or less in, which means I can now kill a baddie group and pick up a new weapon. So really its just paths to be able to use them properly. The biggest problem with the pick ups is that I can't leave them on screen as I might need the sprite for baddies. This means I have to get it off screen quickly; kinda like the coins.

I'm not sure the 2 char bullets are working right either, they seem to hit things and do no damage sometimes.... I'll have to try and check that out... Working on a plane can be hard going though, its hard to concentrate 8 hours into a flight... Oh well, at least I got something done!
Posted by Mike at 1:53 pm