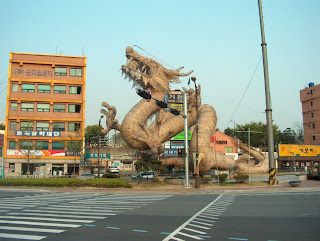 Damn planes. The seats were just too close together to allow me to do any work when flying back, which is a real shame. 11hours of watching tv when I could have been doing XeO3.
I have started the weapons system which should be table driven so pretty easy to alter, but I didnt get very far as I couldn't even open the laptop fully as the guy in front had reclined his seat a little. The flight from Amsterdam to Edinburgh was so bad, I couldn't even put the little try down properly!! I wonder what the chances of flying busness class would be, the extra room would make these trip bareable, especially if I had room to code!

On a more positive note, I sent Luca the version I'd fixed to try and break, and he said it was working great under both emulation and on the real machine so it looks like I may well have fixed the really nasty bug when done!

Its been a great trip though, I've really enjoyed it down here. Seoul is huge and theres loads to see/do. I guess we were fortunate to have such good escorts because they've helped make the whole experiance just great fun. It'll be a blast when they come over and we can take them on a tour of scotland!
Posted by Mike at 3:57 pm