I decided to get back to work and fix my sprite clipping for my object rendering. It turned out to be a simple fix and was just messing up when crossing a bank. 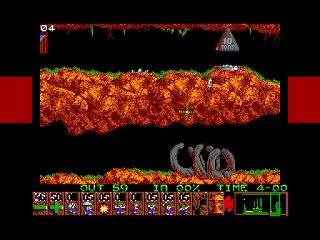 Once I got this done I went looking for more levels with lots of objects so I could test out the level rendering and get a good idea of overall performance. When I was doing levels, I used to love adding in lots of water for decoration - usually right across the level, so I went looking for one of them.
However, it looked like I wasn't converting the levels properly, as there was no water to be seen - or at least very little. I tried several of my old levels, but they were all the same, loads of water removed. Had I missed something?

After much investigation, it turns out that Windows Lemmings doesn't have all the water that the Amiga one did! What the hell!?!? I quizzed Russell Kay (who wrote it Windows Lemmings), and he told me they'd removed a lot of the decorative items for performance reasons. Damn...

This was a mixed blessing as sure it wouldn't look 100% like the Amiga one, but at the same time, it meant I'd be able to keep performance up quite a bit. Oh well.... it wasn't like I could do anything about it.

Speaking of performance.... I'd been using the new ZXNext instructions a lot in my rendering code, so I suddenly started to wonder how I'd fair if I used only the original Z80 instruction set. I was in for a shock that's for sure, as the extra code required would push rendering times up massively.

You can see from the image above the huge speed boost the new instructions - in particular LDIX, gives 256 colour (Layer 2) rendering code. The image on the left uses a very standard rendering loop, load a value from (HL) into A, test to see if it's 0, branch if it is, other wise, store in (DE), then INC HL and INC DE. LDIX does this pretty much in one instruction but has the added advantage you can compare A to any value, not just 0.

There are several new instruction aimed at giving game devs more tools to speed up their code, some of them are real beauties.


New instructions like MUL, MIRROR, PIXELAD,PIXELDN are ones lots of game devs would have killed for back in the day. With the spectrum screen being so tricky, the new instructions like pixelad and pixeldn are a god send for developers, taking away one of the major pains and slow downs they had in rendering.

So after getting a warm fuzzy feeling at my rendering speed, I decided to try and get the SID chip working. This was before we lost it obviously. I decided to use the reSID library and loaded the DLL on startup. But I just could not get it working.... 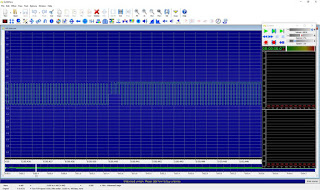 This is an image of a single channel playing a pulse wave - so it should be a simple square layout, but as you can seem, the waves are not only very thin, but have odd little bumps on the top, and that odd block missing. I fought with this for a while, quickly getting nowhere, so eventually gave up and decided to stick with my own SID code from my C64 emulator. It's not great, but does sound okay, and does work - which is always a plus.

All this was working towards a new major CSpect release, to try and get as close to the actual machine as I could. This would also include the new 3xAY chip, and DMA. 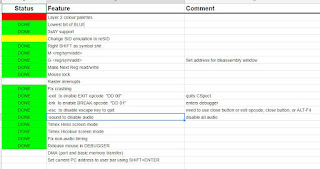 DMA (Direct Memory Access controller) was something I was really wanting, as it would speed up my Lemmings rendering code hugely. When I copy the screen each game cycle, it can take 2-3 frames just for that copy as it needs to copy 38K each game tick, which for a spectrum, is a hell of a lot. DMA runs at the same speed as the CPU clock, and at 4T-States per byte copied, is a massive boost in performance. But first, I needed to get it into CSpect, and that meant understanding how it worked - beyond what most coders would care about.

I spent a while hunting for more info on the DMA chip, and finally found the datasheet for it, which you can find on an earlier blog post ( DMA Datasheet ). It's a little confusing, but with the help of Victor I stumbled through creating the state machine inside CSpect. The DMA is basically a set of registers that you set by doing a stack of OUTs, with the first byte of the instruction telling the DMA controller what registers follow. Once I had this in place, Victor gave my little DMA sample code a once over, testing it on the real hardware, and I was then able to also get something running locally.

DMA has a few modes, it can either increment, decrement or not move the source or destination, and it can go to RAM or a PORT. So I started off by trying to DMA a stack of data to the border and see what happens... 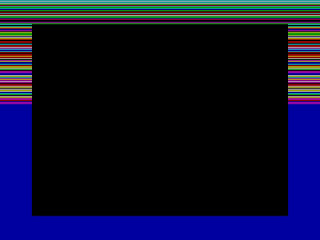 After a bit of fiddling around, I finally got the DMA working. I had to rearrange my CSpect processing loop as the DMA locks out the CPU, but I still needed the screen to render each scanline based on the number of T-States the DMA was taking from the machine overall. It's certainly not perfect, but it doesn't have to be. CSpect is all about making it easy to code for the Next, not about making it pixel perfect.

Next I wanted to do a memory to memory copy, so I grabbed a screen show and DMA'd it up and got the image below-  this was at 28Mhz... 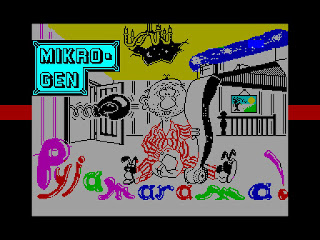 It's a shame we've lost the 28Mhz, as it's ballistically quick. Here you can see I can copy a normal spectrum screen in about 16 scan lines - although this is probably without the old memory contention in there, but no matter what, it's still incredibly quick. That's not to say 14Mhz isn't quick as well mind, and the speed up it gives me for my Lemmings screen copy code is well worth the effort. Here's the little DMA program that copies the screen above (which is included in the CSpect archive)...

With the DMA now running in CSpect, I thought I'd give some of the old DMA demos a go, see how compatible I am.


It was pretty cool seeing these demos "just work", and showed my DMA code was working well.

I was about to take a break as I headed out to Orlando with the family, but that didn't stop me having a little fun on the plane as we headed out... 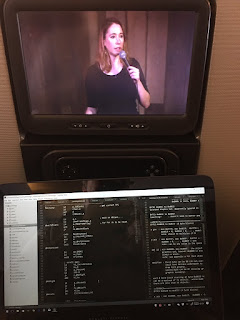 It would be a few months before I pick up any of this again as work got busy, and deadlines loomed...

sids can been used for ZX Next, since they have removed it again, which have been wrote a lots about that here. But howover Sega Master System have various great songs out in that version (im actuelly liked that better than the C64, which also was a great port too).

But im do might create some songs, juts for fun and can send them to you. Of course its in Pro Tracker 3 format in Vortex, which im perfer, so you should implement that music engine. and im will only use single AY (SMS did used all channels, but Amiga onces did only used 3 channels).

Currectly im have do have some fun of 3 of the classics songs (Cancan, doggy and Scotland). The Scotland one was in SMS, not in Amiga throught.

do you have a email adress (im will not use this Gmail that much). Currectly im have 5 songs ready, which should been nice for a demo with music using 1 AY for music and DMA or second AY for SFX.


Yes im know this game property cant been released as a commercial, but its more just for fun :-). That ok.


The songs extra is Lemmings 1 and Tim 2 as well.